The Scaffold and Calvary 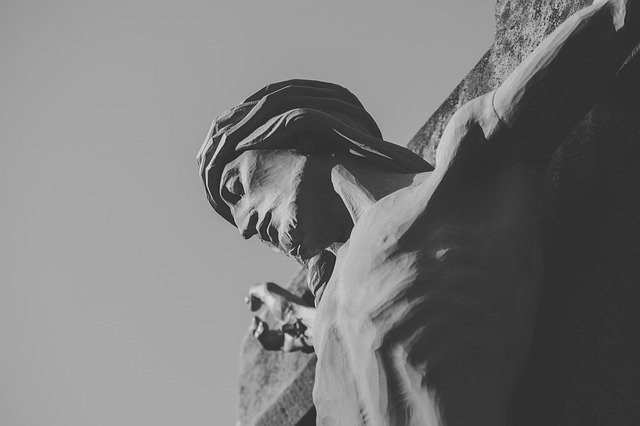 Ann Voskamp, in an Instagram post from December 2021, called the scaffold in The Scarlet Letter “the Puritans’ own rendition of Calvary.”

1. The scaffold and Calvary both represent sin and freedom, guilt and forgiveness, death and life.

The scaffold was where people were punished for sins/crimes they committed; being there was a sign of guilt and of paying for wrongs done. When they stood there, it was telling others, “I sinned, and now I am being punished; I am {hopefully} repenting.”

The scaffold could also be where people found freedom. I talked about this in Scarlet Letters and Confessions: confession can bring us freedom from being a slave to sin, freedom from guilt and hiding, freedom to know and be known, freedom to fellowship and connect, freedom to receive (and give) accountability and encouragement and forgiveness. Sadly, this wasn’t always the case in the story; the scaffold seemed to be used by the Puritans more as a shaming punishment and a striking-fear-into-you deterrent to future sin (sin by the one on the scaffold and by the ones who saw them). But it doesn’t have to be–shouldn’t be–that way.

On the scaffold, things died and things came to life–figuratively/spiritually and literally/physically.

Calvary was where the sinless Savior was punished for the sins/crimes everyone else committed; He became sin “who knew no sin” (2 Corinthians 5:21). He paid for all the wrongs done. When He hung there, it was telling others, “You sinned, and now I am being punished. You can repent, can change.”

Calvary is where people can find freedom. Because of Jesus’ death, we can be free! We don’t have to stay in prison: the doors are open, the chains are broken, the guards are overpowered–it’s up to us to follow our Deliverer out.

2. Confession leads us to Calvary.

Holding on to unconfessed sin causes us to hesitate to approach the cross, the Savior. We feel that prick, that nudging: “Hey, this needs to be taken care of; you need to get rid of it.” And, as fallen, broken, often-dumb humans, we try to avoid the guilt. We run from the reminders and ignore the truth/Truth.

Holding on to unconfessed sin burdens and (eventually) breaks us. Sin and guilt and Satan’s attacks/taunts wear on you, as we saw with Reverend Dimmesdale. It’ll kill you, in more ways than one.

But, but, but. When we confess, such glorious things happen.

We confess our sins and lay them down at the foot of the cross. The blood that will never lose its power washes them away, washes us clean. Forgiveness, mercy, grace, peace, joy, fellowship, etc. flow abundantly. At the place of death, we find life.

I also get the idea that confessing things puts them to death. The song “Nail It to the Cross” by The Whisnants talks about taking what has come between you and God and nailing it to the cross, letting it die so that you can live.

And, in a sense, we die too. Romans 6 tells us that “our old man” is crucified with Christ–we are dead to sin and self.

3. We try to bear our sins (on the scaffold), but Jesus already did (on Calvary)–the punishment’s fulfilled, the debt’s paid.

I’ve kind of explored this topic several times, most recently in Punishment and Grace, but perhaps my favorite post is Living Among the Dead (the second and the next-to-last links in the poem itself also talk about this topic).

We should have remorse for our sins. We have to bear at least some consequences for our wrong-doings. We should never forget that, without God, we are helpless, vile sinners.

There is nothing–nothing–that we can do. We can’t pay, can’t be good enough, can’t have victory, can’t whatever.

Jesus has paid the price. He has borne our griefs/sorrows and taken upon Himself the punishment we deserved–and we are healed by His stripes (Isaiah 53:4-5).

And because He lives inside us, covers us, intercedes for us. . . it is enough. He has taken our place, in more than one way.

Because of Him, we are forgiven, clean, free, loved, children of God, at peace, etc., etc.

Because Jesus makes us what we’re not.

The Chosen, see this pin

This Easter, remember the importance of confession, of laying your sins down at the foot of the cross, of repenting. And–perhaps more importantly–remember who you are because of Him. Remember the punishment is complete, the debt is paid, the sins are forgiven, the devil is defeated.

You are free. You are loved. You are God’s child and image-bearer.

When He nailed your sins to the cross, He knew how often you’d run back to them.
But they will never have a grasp on you–you are set free.
Now walk as a free-man.