The Festival of Grace (Jonah, Part 11) 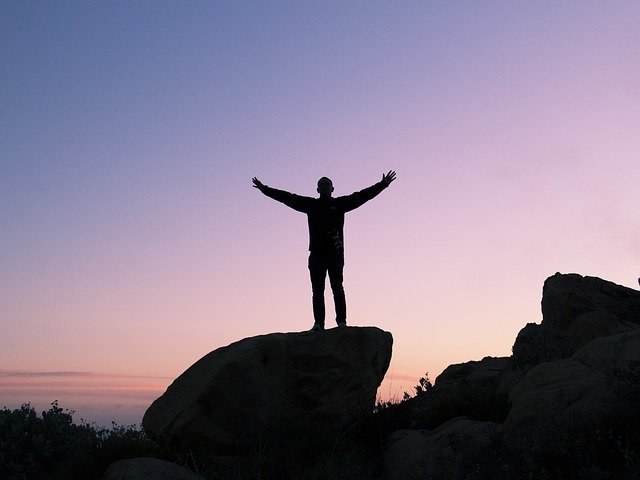 But it displeased Jonah exceedingly, and he was very angry. And he prayed unto the Lord, and said, I pray thee, O Lord, was not this my saying, when I was yet in my country? Therefore I fled before unto Tarshish: for I knew that thou art a gracious God, and merciful, slow to anger, and of great kindness, and repentest thee of the evil. So Jonah went out of the city, and sat on the east side of the city, and there made him a booth, and sat under it in the shadow, till he might see what would become of the city.

Jonah setting up camp in his shelter above Nineveh would have been especially significant to the original reader. The word shelter or booth in verse five is intentionally chosen by the writer. It is the Hebrew word sukkah and its inclusion here deliberately calls to mind the Feast of Booths. This yearly festival, also called the Feast of Tabernacles or Sukkoth, was celebrated when the time came for harvesting olives and grapes. It was in part a celebration of God’s past and continued grace. During this festival, all Israelites were to build sukkahs, or booths, and live in them for seven days in remembrance of when they lived in tents in the wilderness after God delivered them from slavery in Egypt. This feast was a joyful celebration of God’s salvation, a time of remembering how He provided food and water even though they grumbled against Him, and how He went with them and dwelled in a tabernacle among them even though they rebelled against Him and worshiped idols.
As Jonah sets up his own sukkah, he ironically embodies the opposite of what this festival represents. The Feast of Booths called the Israelites to rejoice in the God who is “a compassionate and gracious God, slow to anger and abounding in faithful love and truth, maintaining faithful love to a thousand generations, forgiving iniquity, rebellion, and sin” (Exodus 34), but instead Jonah burns with anger that those things are true of the Lord. The feast of Booths was a celebration in which even Gentiles were invited to take part (Deuteronomy 16:14), but Jonah wants deliverance only for his own people. …

Joanna Kimbrel, “We Love Because He Loved,” Mercy in the Storm: a study on the book of Jonah

I’m sure Jonah liked that God was merciful and gracious to him. I’m sure he was happy and relieved that he didn’t drown in the ocean or stay in the fish’s belly. In chapter 4, verse 6, we see that God caused a gourd to grow over Jonah’s booth to shade him, and “Jonah was exceeding glad”–he was glad to have the gourd, this sign of God’s mercy and grace.

But he didn’t like that God showed grace and mercy to the Ninevites.

Perhaps he thought they didn’t deserve it. “They’re so evil, God! They’ll destroy my nation, Your chosen people! Why would You spare them?”

Perhaps he focused on himself and on their sin so much that he didn’t see them. “I’m a prophet, one of God’s chosen people, a law-abiding and God-worshipping decent fellow. They, on the other hand. . . ” And just like that, he stripped away their humanity, their worth, their similarities to him, their position as equal to him; he was here and they were down there. And when that happens, well, it’s not good.

Perhaps he was afraid God was abandoning Israel and passing on the blessing to the Ninevites. A guy (interestingly named Jonah) who goes by the.bible.teacher on Instagram talked about a theory he has about the book of Jonah. He said that Israel was not right with God and Jonah knew that, so when God told Jonah to go to Ninevah, perhaps Jonah thought God was giving up on Israel and trying again with Assyria/Ninevah, that He was passing on the blessing/covenant to these “heathen Gentiles.”

Perhaps he thought it was a “waste” of grace. “They’re not going to change, God; this repentance isn’t going to last! They’re going to go right back to sinning, right back to the miry pit, like a freshly-washed pig to her mudhole! Don’t waste Your–my–time, Your grace, Your love–it’s not going to make a difference.”

Perhaps–perhaps we’re not much different from Jonah.

Perhaps we like when God is merciful and gracious and loving and all that to us, but we don’t like when He’s like that to other people–particularly our “enemies.”

Perhaps we think they don’t deserve it (which, of course, they don’t, but neither do we).

Perhaps we focus on ourselves and on their sin so much that we don’t see them.

Perhaps we’re afraid that God is abandoning us and passing on “our” blessing to others.

Perhaps we think it’s a “waste” of grace.

Are we saying we know God is gracious, merciful, slow to anger, and of great kindness–are we doing things that commemorate and celebrate God’s grace, and yet. . . yet we embody the opposite of what is represented?

Do we get angry and poutful, throw a temper tantrum and say it’s not fair? Do we believe they’re not really repentant, not really changed, and they’re going to keep sinning and God will have to follow through on the punishment; do we watch and wait and wish for that?

Do we freely receive God’s grace but get upset when others receive it, not realizing that, in that very moment–in the midst of our ungracefulness–, we are still receiving grace?

Jonah “ironically embodies the opposite of what this festival represents” and yet he too is receiving grace.

God didn’t strike him down immediately. “How dare you act like that, you ungrateful, miserable, puny human! That’s it–you’re done; no more second chances!”

God simply asked Jonah questions, instead of spieling off a lecture about how “I know best” and “you need to get your act together; straighten up” and “how dare you.”

Now, if I had been in God’s place, I probably would have chewed Jonah out,
and punished him for talking to me that way and for not caring about the Ninevites
and for being upset that they had repented and been forgiven.
I mean, how dare he, right?

me, In Jonah’s Shoes

God caused a plant to grow over Jonah’s sukkah to shade him, “to deliver him from his grief” (Jonah 4:6, KJV).

I tear up at that last act of grace.

I understand that God was using it to teach Jonah a lesson; it was an illustration, a tool.

But I think it’s also simply a tender act of grace.

God watches Jonah sitting there in the sun, a measly booth sheltering him, waiting to “see what would become of the city” (Jonah 4:5, KJV). He knows–of course He knows–that Jonah is angry and wants the city, the people he considers his enemies, destroyed.

And He prepares a plant to shade Jonah. To protect him from the sun. To relieve him.

God does that for us! No, I’m not saying God shades us with a plant while we sit in the sun waiting for a city to be destroyed. But He has that – that tenderness!

He doesn’t just spare us, give us a second chance, deliver us from the storm and from drowning and from the belly of this creature that has swallowed and is slowly digesting us.

He’s not just about the “big” acts of grace.

He’s about the “small,” tender acts of grace too.

Personally right now, it’s God going “I know you’re struggling with a lot of emotions and issues, so I’m going to give you some of the most gorgeous sunsets you’ve seen for a while, thunderstorms and rain, time with babies/little kids, fireworks, fireflies, some time and motivation to work on making stickers, flowers, laughter, your cousin coming home, hugs, good words and reminders, good times with your youth group, etc., etc.”

Especially when we don’t deserve it. I mean, we never quite deserve it, but especially when we’re sinning and our heart’s not right and we aren’t cultivating a deep relationship with God and all that. That’s what makes it grace.

I focus on my feelings, fight with my siblings, stop having regular time in the Word, spend too much time on my phone, etc., and yet receive so much grace, tender acts of grace.

And we should celebrate.

This Sukkoth, this Feast of Tabernacles or Booths, is a celebration, a feast, a holiday, a festival, a time of joy.

And it’s not a party just to party. It’s because of God’s grace.

The Jews (and Gentiles can too!) look back and around and forward to all the grace. They rest and pray and read/hear Scripture and sing and dance and eat and spend time with family/friends and “rejoice before the Lord [their] God” (Leviticus 23:40, KJV).

Perhaps we should have a “Festival of Grace”, celebrating

In my little town, we’ve got a festival centered around pickles (they’ve even got deep-fried pickles and pickle ice cream–ridiculous). I mean, come on. If we can celebrate pickles, surely we can celebrate grace! (And now I’m cringe-laughing because I realize how ridiculous this pickle festival sounds. 😄)

Let us give and receive and celebrate grace (not pickles). {Okay, I’ll stop. Eventually. (Maybe.)}

P.S. I hope y’all aren’t sick of these Jonah posts! 😄 I’m planning on doing two more, then we’ll be done with this series. Thank you so much for following along! 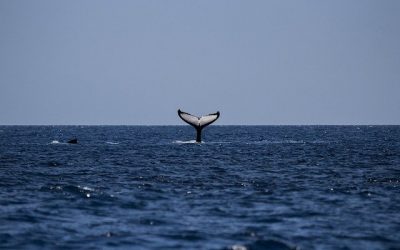 I will obey the voice calling me out, the voice of the One who wept.

Perfect love casts out fear, so perfect Your love in me–dwell in me, Perfect Love.

Love the grace part – and about God’s tenderness 😍😍

Yes, hallelujah! 🥰 Thank you for commenting!