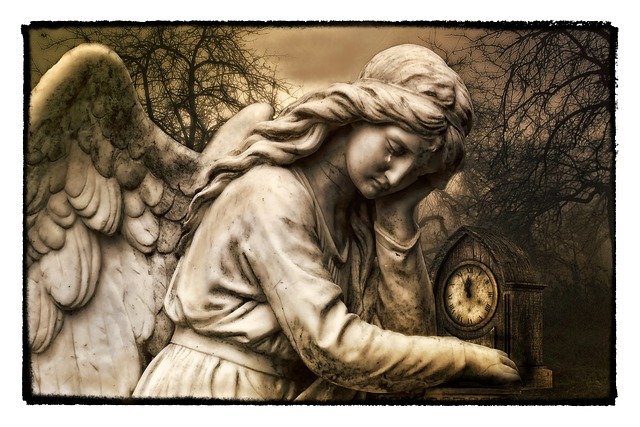 There’s a song called “10,000 Angels” that talks about how Jesus could have called thousands of angels, and they would destroyed the earth and set Him free. But, the song says, He died alone–for you and me.

I listened to another song recently that said the angels must have cried while Jesus was dying. I wouldn’t be surprised if they did. This was their Lord, their Creator; they watched the pain, the agony, that He went through. They saw the demons rejoicing, heard them mocking; they saw the fear and doubt of Jesus’ followers. The angels were probably up in heaven just waiting for the word from Jesus to come rescue Him; they had their swords drawn, wings unfolded, ready to go.

But the word never came; they had to sit back and watch the Life-Giver die. He never called them.

And so He died. Alone.

God, His Father, had to turn His back on His beloved Son because God is holy and cannot abide sin, and Jesus was covered in all the sins that had been and would be committed.

The sky turned black at noon, the earth quaked terribly, the veil in the temple was rent, and the demons celebrated.

Maybe the angels did cry; maybe God Himself wept.

All because of love.

← Prev: The Demons Fear Next: Confessing →