Tale of the Knight 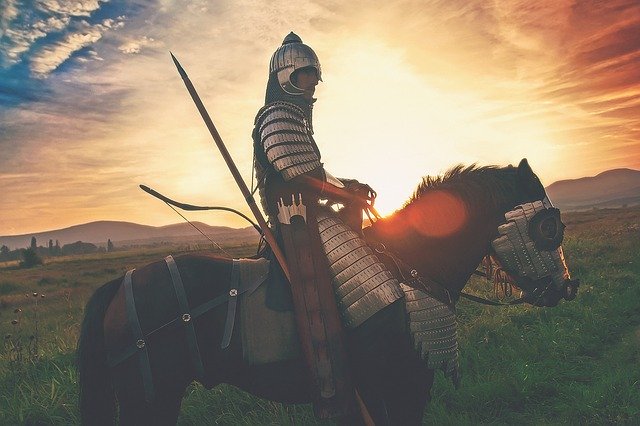 I’m pretty positive y’all have heard those stories where a knight in shining armor rescues a princess in distress. The story I’m going to tell you is like that. But it’s kind of different; it. . . Well, how about you just read it and see? 😉

Once upon a time, there was a knight. This knight was a strong and brave man; every battle he fought, he won. And he rescued person after person in distress.

That’s right–person. Not just princesses stuck in towers or being carried off by dragons. Not just kings struggling to win a war and save their kingdom. He helped anyone and everyone.

He picked the deformed, fatherless girl up, and called her “my beautiful child” and loved her as his own.

He showered the living-from-hand-to-mouth family with lavish gifts–gifts that nobody else could ever give.

He jumped into a fight against impossible odds–and emerged victorious–just to keep the town drunk from being killed.

He walked with a young man to his execution and at the last moment granted him life.

And, yes, he did save some princesses–released them from their towers and fought off the dragons. He rescued some kings too, helping them fight their battles and guard their kingdoms.

People talked about him a lot. Tales were spread, telling of all he had done, and encouraging others to come get to know this knight (because, you see, this knight loved having relationships with those he assisted). Rumor was that he had been killed once and was actually buried for three days, yet he came back to life and continued delivering people. (I say it was a rumor, but in reality, there had been quite a few witnesses and thousands of people believed–and are still believing–it.)

The funny thing is, he’s still around–after years and years and years–and he’s usually invisible. You can see his work, see the results, sometimes feel his presence–but hardly anyone ever actually sees him. At least, don’t see him until he takes them to his father’s home; he himself lives wherever he could find room, but his father (who is just as loving and helpful as he) has a grand and glorious place with plenty of room for all the ones his son brings home.

And ya know, they’ve got to have a place with lots of room. There are so many people he’s helped–peasants and royalty, from all different races and countries–who are now a part of his family; a lot of them may not know each other, but one day they’ll all be together in his father’s home with him.

And they’ll all live happily ever after.

that’s great jules! encouraging that it’s not just the princesses that get saved!

Thank you! It was quite fun to write. 😁 And, yeah, it is great that it’s not just the princesses–the wealthy, pretty, good people–who get rescued. And yet, at the same time, Jesus sees us all as princesses (or princes); and really, we are–if we are saved, then the Eternal and Almighty King is our Father.
Thanks for reading and commenting!