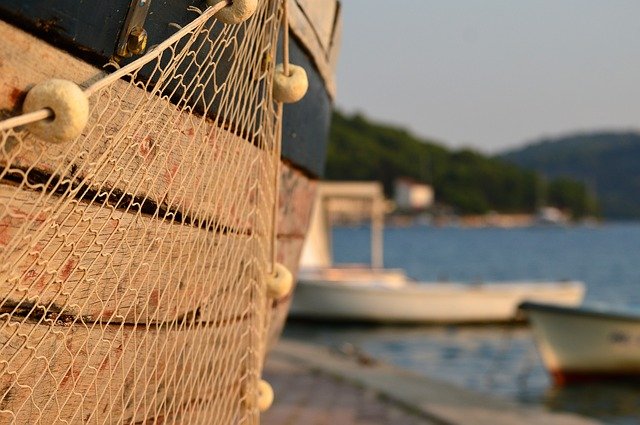 The story of Jonah has a lot of

We have the prophet, the holy man of God, the messenger called to bring the word of the Lord to other people.

We have the sailors, viewed (mostly correctly) as hard, crude, heathen, crass sinners.

We have the Ninevites, whom I described a bit in Hate and Fear (Jonah, Part 2).

They were stereotypical characters. Good guy, bad guys. God-follower, non-God-followers. We know what to expect from them. . . right?

In the tragically ironic scene that plays out next, it is the pagan sailors, not the prophet of God, called to represent Him and deliver His word. They serve as an example of fearing the Lord and responding to Him rightly. The captain of the ship appeals to Jonah for help with the very command that God gave him in verse two, “Arise!” …

Joanna Kimbrel, “A Stormy Intervention,” Mercy in the Storm: a study on the book of Jonah

The reader can only imagine the terror that befalls the sailors with the realization that the very One who is sovereign over all of creation, the very God who made the sea that threatens them, is the One against whom Jonah is rebelling. The already present fear of the sailors multiplies as they come to terms with the reality of sin in the presence of the holy God. In keeping with the irony of this passage, while Jonah claims to fear the Lord, it is the sailors who exhibit genuine fear, while Jonah’s actions indicate the opposite. … Jonah may claim to fear the Lord, but faith is lived out in actions.

Joanna Kimbrel, “I Fear the Lord,” Mercy in the Storm: a study on the book of Jonah

The sailors asked Jonah what they should do so that the storm would stop, and he told them to throw him overboard, preferring punishment over penitence. But chapter 1, verse 13 tells us that they hesitated and tried desperately to get to land. Then and only then–as a last resort–after begging the Lord for mercy and forgiveness, they threw Jonah off the ship.

… As has been the case throughout chapter one, the pagan mariners ironically continue to function as a picture of the kind of mercy and compassion Jonah should have exhibited all along. … This behavior is to be expected from someone like Jonah who has experienced the unmerited grace of God, and his failure to extend that same grace is underscored in contrast to the pagan sailors who cannot be expected to do so. …

Joanna Kimbrel, “Judgment and Mercy,” Mercy in the Storm: a study on the book of Jonah

We’ll skip ahead in the story to when Jonah finally delivers God’s message to the Ninevites.

The Ninevites’ swift and dramatic response is shocking. This nation notorious for its violence, cruelty, and wickedness now shows itself to be a model of repentance in response to God’s word. … This contrast between God’s chosen people and a nation known for their brazen sin serves as a convicting message to Jonah’s Hebrew audience, as well as to contemporary readers who are so often so slow to confess and repent from our own evil ways.

Joanna Kimbrel, “Repenting Sinners, Relenting God,” Mercy in the Storm: a study on the book of Jonah

As was pointed out in the first post of this series, Israel was wicked–had fallen away from God. Jonah (and others) preached to them, condemning their sin, prophesying God’s judgment, calling them to repentance. . . But Israel refused to listen.

And then we see Nineveh. They were wicked and didn’t know God. Jonah preached to them, condemning their sin, prophesying God’s judgment. . . And though he didn’t call them to repentance, didn’t tell them that God was willing to forgive them, didn’t give any hint of mercy–they still tried. They fasted, put on sackcloth, sat in ashes, cried out to God, turned from their sin.

The prophet runs. The messenger doesn’t want to deliver the message. The man of God who claims to fear the Lord is not following and serving and loving and fearing God.

The hard sailors are soft to the working of God and try to help/save Jonah. Their crudeness and crassness give way to God speaking through them and to prayers and praises and promises. The heathens turn to the only true God.

The hardened warriors soften their hearts and humble themselves. The pagans are “a model of repentance” and “a convicting message” to the people of God.

I love stories with stereotypical characters that act in unstereotypical ways, that surprise me, that break rules/norms, that don’t just conform to what is expected of them.

But how do I react to it in real life? Do I believe in and accept stereotypes; do I let them limit what I expect of others and of myself? Do I get upset if I can’t “define” someone or predict what they will do, say, be like?

Do I judge people based solely on their appearance or their occupation or their possessions or their hobbies or their religion or whatever? Do I think “this is what they must be like” without ever even getting to know them?

When, for example, a tattooed, chain-smoking, served-time-in-jail, gruff giant of a man starts quitting bad habits and treating people with (at the very least) civility and showing tenderness, am I excited because “yes, look at God working in his life!”. . . or do I fuss because he’s not making sense, not staying in the box others–I–have created?

Do I hold back from doing certain things or from being myself; do I act in a certain way–even if it’s not good or genuine? Simply because I think I need to fit in the category I have been put in (by others or by myself or by both), because I’m trying to follow the rules and expectations of who I’m “supposed to be,” because I believe this is who I am and this is what I must do?

Do I have any stereotypes of God? Do I expect Him–demand Him–to act in a certain way, to fit comfortably in the box I have constructed?

Should I–we–even have any stereotypes? Isn’t each person unique–even if in many ways they’re similar to a group? Isn’t trying to cram them/ourselves into a simplified category degrading them/us and disregarding the specifically special way God made them/us?

I’m not saying stereotypes are sinful. Maybe they are, maybe they aren’t, maybe it depends on how we use them or whatever. I dunno, I don’t have all the answers; I’m really asking myself the above questions.

I hope that makes sense. 🙂 What are your thoughts/comments? I’d love to hear anything you have to say, about any of this! And thank you so much for reading (especially this post, since it’s so long); I really do appreciate it! 🥹🤗