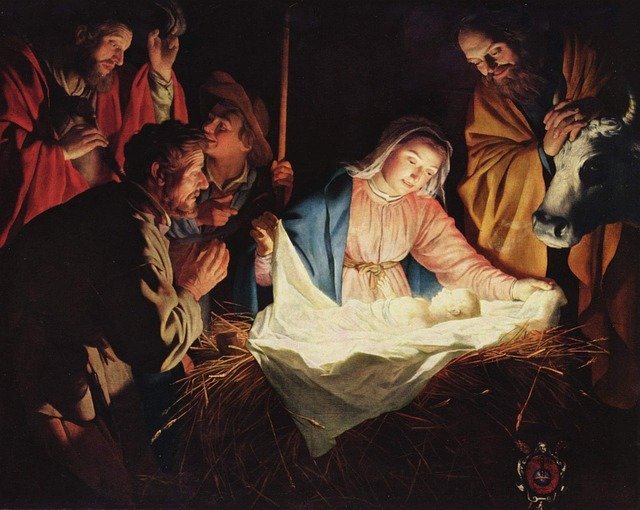 Matthew 2:1-6 tells us that after Jesus was born in Bethlehem, the wise men came searching for Him. After Herod heard about this King of the Jews they were looking for, he gathered the priests and scribes together and demanded to know where this King was to be born. They told Him it was in Bethlehem and referred to the prophecy of Micah which says:

Bethlehem Ephrath, you are one of the smallest towns in the nation of Judah. But the Lord will choose one of your people to rule the nation…

Sometimes God uses the small ones to accomplish big things.

Sometimes He uses non-famous, ordinary people to inspire and encourage and help others.

You might sometimes feel unimportant, unnoticed, unable to make a difference. But remember:

Bethlehem was just a small, ordinary, unimportant town. Nobody would have expected anyone great to come from there. But the King of the world, the Savior of all mankind, would be born here.

Mary was a regular young woman from Nazareth, a town that was kind of looked down on (John 1:46). She didn’t think she could be the mother of the Messiah–but she was.

Joseph was an ordinary carpenter, hard-working but poor. He was simply looking forward to getting married and starting his own family. But he was given the privilege of taking care of and being a father to the Son of God.

And there are so many other examples throughout history.

Joan of Arc was a peasant girl who lead the French forces against the English.

Billy Sunday was a half-orphan whose mother couldn’t take care of him and his brother. Yet he became one of the greatest evangelists, hundreds of people gave their lives to Christ after listening to his sermons, and saloons had to shut down when he showed up because they wouldn’t have any business.

Andrew Carnegie started off in a poor family and was working at a young age for little money. But he became one of the wealthiest men in the world.

And you–only God knows what you’ll do and become. 🙂

← Prev: Prince of Shalom Next: His Name Will Be John →