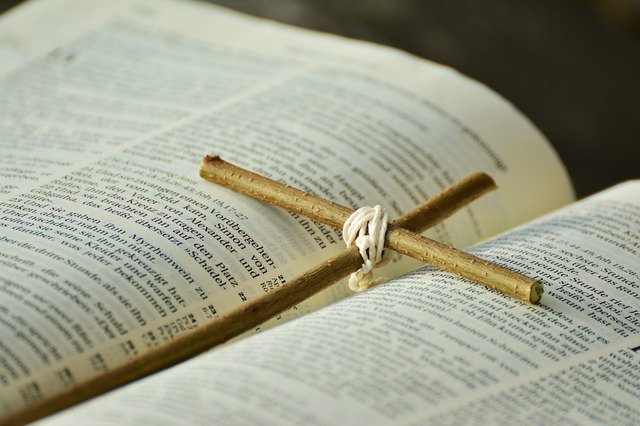 All of Scripture points to Jesus. The deepest longings of our hearts and every promise of God find their fulfillment in Christ. …when we read the Bible with eyes to find Him, we will see Him from beginning to end. Every flawed would-be hero points to the perfect hero to come. Every gift of God’s mercy sings of the One whose death makes mercy possible. Every bit of this big story is heading toward its glorious end in Jesus Christ.

Joanna Kimbrel, “Something Better Than Jonah,” Mercy in the Storm: a study on the book of Jonah (underlining added)

If it’s true that we can see Jesus throughout the whole Bible (and it is), then how do we see Jesus in the story of Jonah? How does the story of a runaway prophet who gets swallowed by a whale, longs for the destruction of many people, wishes to die, etc. point us to Jesus? I mean, Jesus saved/saves so many people from destruction and He didn’t necessarily want to die (although He was willing and He did, because He knew it was the only way to deliver us). Jesus wasn’t filled with hate and fear, didn’t run, wasn’t ignorant and apathetic to those in danger around Him, etc. There’s no way Jonah points us to Jesus, unless we’re looking at what the opposite of Jonah is. . . right?

As Jonah’s journey into the sea results in the safety of the sailors, Jonah serves as a picture of a greater one to come whose death would be the source of rescue. He points forward to Jesus, reflecting some part of His work or character, albeit imperfectly, giving glimpses of the One who would be the perfect Rescuer. …

Joanna Kimbrel, “Kindness in the Storm,” Mercy in the Storm: a study on the book of Jonah

… Jonah leaves us looking for a better prophet who will not run from God’s will, but will walk willingly in it and one whose sin will not bring wrath, but whose righteousness will bring salvation.
…
All three passages [Jonah 1:4-16, Matthew 8:23-27, Mark 4:35-41] describe a previously calm sea suddenly struck by a great and windy storm. Just as was the case with Jonah and the mariners, the boat that houses Jesus and His disciples is pummeled by violent waves so strong that the boat can hardly hold together. The mariners and the disciples become anxious and afraid and seek the help of the respective prophets, Jonah and Jesus, both of whom are sleeping inside the boat. The tone of rebuke in the captain’s voice as he addresses Jonah is echoed in Mark’s account of the storm as the disciples question whether or not Jesus cares if they live or die. …
…
… The responses of great fear and awe from the sailors and the disciples are both evidence of the same realization: they have witnessed the work of the almighty God. How then will we respond to Him?
On the one hand, the remarkable parallels between these two stories attribute the sovereignty of God displayed in Jonah 1 to Jesus Christ, demonstrating His divinity as the Lord who is to be feared. On the other hand, these similarities also reveal Jesus as the better Jonah. Jonah’s sin is the reason the sailors are in danger of dying, but Jesus came to save sinners from death, just like his disciples on the boat. They are both confronted with essentially the same question, “Don’t you care if we die?” It is a question that reveals Jonah’s lack of compassion and powerlessness to save the sailors, but exhibits the kindness and power of Jesus as He intervenes on the disciples’ behalf. … Jonah is a prophet whose call is to go between God and man by bringing them His word, but instead he runs away. Jesus is the better prophet and intermediary who not only brings God’s word, but also is the Word of God incarnate, willingly submitting even unto death so that the saving word of God will come to fruition.
Jonah’s voyage on the sea leaves our hearts longing for a better intermediary and a better prophet, and those longings find their fulfillment in Christ. …

Joanna Kimbrel, “The Two Storms,” Mercy in the Storm: a study on the book of Jonah

Jonah’s “death” rescued the sailors; Jesus’ death rescues sinners. Jonah was a prophet who ran from sin and from obeying the Lord; Jesus was/is a prophet (and more) who, although sinless, took sin upon Himself and completely surrendered Himself to the will of the Father, being obedient even to death on the cross (Philippians 2:8). We see all the similarities and differences in the stories of the storms.

And Jonah’s not the only character in the story that points us to Jesus. We see Jesus in the Ninevite king too.

The role of the king in the repentance of the Ninevites is quite remarkable, and his own actions point forward to an even better king, Jesus Christ. The king of Nineveh stepped down from [h]is throne and called his people to repentance, but the King of kings stepped down from a greater throne in heaven to call His people to repent and return to the Lord. The humility of the Ninevite king was merited as he saw his own sin and the sin of those around him in light of God’s infinite holiness, but Jesus humbled Himself even though He was the infinitely holy Son of God in order that we might be saved from our sins. The king of Nineveh bore sackcloth and ashes as he called out to God on behalf of the Ninevites, but Jesus bore our sin and humbled Himself all the way to the point of death. …

Joanna Kimbrel, “Repenting Sinners, Relenting God,” Mercy in the Storm: a study on the book of Jonah

In the reluctant prophet whom we tend to look at as an example of what not to do/be.

In the king of Nineveh, a wicked, harsh, pagan Assyrian.

In the heathen ship-captain, speaking the Lord’s message to the one meant to be the messenger.

In so many unexpected, unlikely people.

Something better than Jonah is indeed here [see Matthew 12:38-41]. As we feel the conviction of our own hard hearts reflected in Jonah, may we look to the One whose compassion for us abounds. As we mourn that Jonah, like so many of us, was reluctant to share the grace that he had been given, let us rejoice that Christ is the longed-for prophet who willingly gave Himself to offer us grace. May we not see the book of Jonah as merely a moral lesson that we must follow, but as a vibrant picture of the compassionate heart of God that compels us to extend that same compassion to others, not to earn His grace, but because He has lavished His grace on us. May Jonah point our hearts to Jesus.

Joanna Kimbrel, “Something Better Than Jonah,” Mercy in the Storm: a study on the book of Jonah (underlining added)

← Prev: The Scaffold and Calvary Next: Call Our Souls to Remember (Jonah, Part 9) →