Sailors Saved Because of Sin 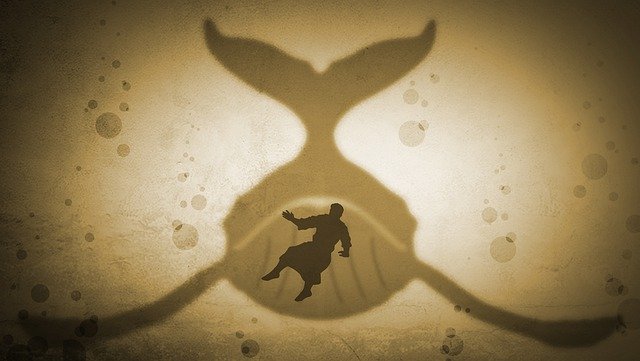 I’m beginning to read through Jonah, and I noticed something that I don’t think I’ve ever noticed before.

Little background first: God told Jonah to go to Ninevah to tell them they would be destroyed because of their sins. Instead, Jonah got on a ship heading for Tarshish (which I think was the opposite direction from Ninevah). A great storm came up, so great that the sailors were freaking out and begging their gods to deliver them and throwing stuff overboard. Eventually, Jonah admitted it was his fault; he was disobeying God “which hath made the sea and the dry land” (Jonah 1:9, KJV). He told them to throw him overboard, and the sea would be calm. The sailors refused and tried to row back to land, but could not.

Therefore they called out to the Lord, “O Lord, let us not perish for this man’s life, and lay not on us innocent blood, for you, O Lord, have done as it pleased you.” So they picked up Jonah and hurled him into the sea, and the sea ceased from its raging. Then the men feared the Lord exceedingly, and they offered a sacrifice to the Lord and made vows.

They feared God, offered a sacrifice to Him, and made vows.

That’s what I noticed. These worshipers of many gods came to fear the One True God. Why? Because of the storm and the sudden calm–because of Jonah, we could say.

So what if Jonah hadn’t gotten on that ship? What if Jonah had gone directly to Ninevah like he was supposed to? Would these sailors have ever been introduced to the Lord? Would they have worshiped Him, feared Him, seen His power?

We always look at Jonah as a bad example: he disobeyed God, tried to run away, eventually did go to Ninevah but was upset when the people repented and were spared, cried over a dead plant but had no compassion on the thousands of adults and children in Ninevah. . .

But if he hadn’t disobeyed and run in the opposite direction, those men on the boat probably would not have come to know God.

But God can work good from our mistakes and sins.

Yes, we messed up. Yes, we need to ask for forgiveness and make amends. Yes, there will most likely be consequences. But God can still bring good out of it.

So we shouldn’t beat ourselves up about it. Shouldn’t hide away in shame. Shouldn’t think that we’re too bad, have blown it too much/often, for God to love us or use us anymore. See, there’s this thing called the comma of grace, and God hands it out over and over, to all of us.

I can’t say I’ll ever be able to think of Jonah without thinking of his sin and the whale and everything. But now I’ve got something else to think of along with all that: God can use even our ugly sin to show His grace and power, to direct people to Himself. 🙂

P.S. Maybe the sailors didn’t really come to know God; maybe they just feared/worshiped Him for awhile, then turned back to their idols and everything. But they were told about Him, did see His power; they had the chance–the opportunity–to find out more about Him, to choose to serve Him.

← Prev: He Knows My Name Next: The Babylon Rivers and Singing →