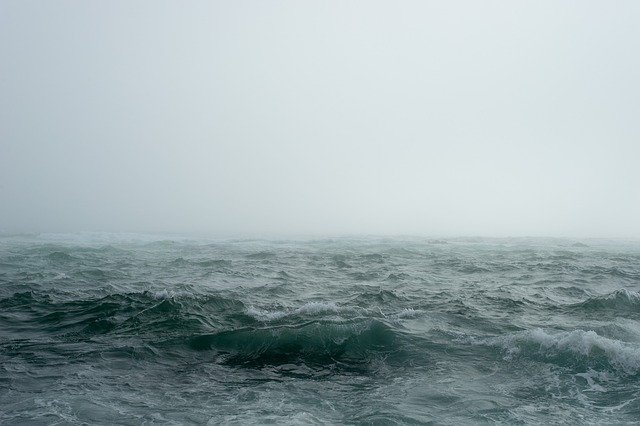 And he said unto them, Take me up, and cast me forth into the sea; so shall the sea be calm unto you: for I know that for my sake this great tempest is upon you.

… Listen to how selfish and cowardly Jonah is being. Jonah doesn’t offer to ask his God for forgiveness. Jonah doesn’t humble himself before God, saying, “Okay, I’ll obey.” He doesn’t even have the decency to offer to throw himself overboard; Jonah asks these men to bear the burden of throwing him into this raging sea. …

{I can’t remember if the following was a thought of my own or if I read/heard it somewhere; either way, it was a new thought for me and now will always be a part of this story.}

He would rather be thrown into the sea than ask God for forgiveness, for mercy, for help.

He would rather be thrown into the sea than plead for the lives of himself and the sailors.

He would rather be thrown into the sea than surrender and obey.

Maybe he thought he deserved to drown.

Maybe he thought that his death was the only way to appease God and deliver the sailors from certain death.

Maybe he thought this was how he’d get out of preaching to the Ninevites.

It makes me think of monks and such who would whip themselves, crawl up steps on their knees, deny themselves things, etc. All in hopes that this would purify them, make them good enough, please God, etc. It makes me think of Reverend Dimmesdale in The Scarlet Letter and how he was in such agony and torment (until he confessed and made things right).

And I think we–I–find ourselves there too, too many times.

We might not ever want to be thrown into the sea or whip ourselves or something like that. But perhaps we isolate ourselves, fill our days with people and activities, go to all church and youth functions, do acts of service–especially volunteer or surprise ones, read the Bible a lot, deny ourselves things we enjoy (or even need, such as food, rest, etc.), etc.

Are we preferring punishment over grace? Works over relationship? “Appeasing” over actual repentance and obedience? Do we think this is the only way?

He’s not that kind of God.

1. It’s called grace for a reason. It’s free, undeserved, unlogical, and not fair.

Sometimes our brains are our own worst enemies because grace isn’t logical.

“It is finished.” May those words land on your bones for the nights when fear tells you
the cross was a beginning and you must finish grace.

When we’re not surrendered in this area, not obeying Him here, not serving Him in this way that He’s asked–or told–us to, then surrendering or obeying or serving in all these other places and ways isn’t enough. It’s not really what He wants. It’s not going to “appease” Him.*

{*I don’t think God is appeased. He is long-suffering and gracious and merciful and forgiving. And when we accept Jesus as Savior, God sees Him–His sacrifice, His goodness/worthiness–and is satisfied/pleased. Not appeased, because that gives the idea that He’s just pacified, just calmed down for now because we did what He demanded, and eventually He’s going to be mad again and we’ll have to try to please Him again. But sometimes we have that mindset–that we must pacify Him, and it only lasts for so long before we must do it again–so I used the word but in quotation marks.}

May we humble ourselves and surrender to God.

May we confess our sin and ask for forgiveness.

May we ask for help.

May we pray for others, desire good for them.

Let us give and receive grace.