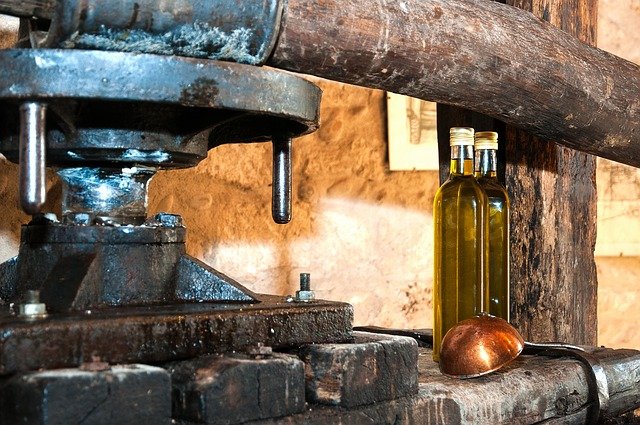 I’m sure we all know about the Garden of Gethsemane. It’s the place Jesus prayed and sweated “drops of blood” (Luke 22:44) before He was arrested and the whole trial and crucifixion began.

But do you know what Gethsemane means?

Which makes sense, because it’s located on the Mount of Olives, and if you press olives you get (olive) oil. . .

But there’s more to it. There’s a reason I’m telling you this, a reason that blew my mind. I can’t even tell you where or how I learned this, but I can tell you it stuck in my mind!

Messiah means “the one anointed with oil.”

THE MESSIAH WAS “PRESSED” IN GETHSEMANE.

Do you get what I’m saying? Does it blow your mind like it did mine? It just – just – yeah, mind blown.

Let’s talk about Jesus’ being pressed.

We know the disciples failed Him, fell asleep instead of praying with Him, ran off, all that. And He knew they would do that. He knew one of them (Judas) would betray Him, would lead the people who wanted Him dead to Him. He knew Peter would deny Him three times.

And He knew He was going to die. (Just let that sink in for a bit. If you knew you were going to die–and not someday in the future but within a matter of hours–how would you feel?)

He knew He would die on a cross, an instrument of cruel torture and excruciating agony. Victims were tied or nailed up and left hanging until they died of exhaustion and suffocation (because they couldn’t push themselves up to take a breath anymore). It was a terrible punishment.

And if a man have committed a sin worthy of death, and he be to be put to death, and thou hang him on a tree: His body shall not remain all night upon the tree, but thou shalt in any wise bury him that day; (for he that is hanged is accursed of God; ) that thy land be not defiled, which the Lord thy God giveth thee for an inheritance.

He who was hanged on a tree was accursed of God.

And Jesus knew that! He, as a part of the Godhead, had given that law to the Jews. He knew He would be accursed of His Father, knew that the sin of mankind He took upon Himself would separate Them. He would cry out “My God, My God, why have You forsaken Me?” (Matthew 27:46, Mark 15:34), would feel all the pain and agony and grief and loneliness.

Even though Satan probably tempted Him like crazy. Even though His very human flesh didn’t want it. Even though He was painfully pressed and crushed and poured out like oil.

Thank God for the Messiah, pressed for us!

I love how God ‘layered’ and connected so many things throughout the Bible. The more we dig and search, the more we find. I’m a firm believer that nothing happens by chance. Was it just a happenstance that Gethsemane was the place chosen for Jesus to spend that night? Me thinks not!

Thanks for writing this. Keep shining the Light!

I love it too, love finding out about connections and “hidden meanings” and all that stuff! We can never know the Bible or Jesus too well. 😊 And I don’t believe it was a coincidence either. 😊
You’re welcome! Thank you!

That is so cool about the oil/ Messiah!!!! I never knew that. Thanks for sharing about it! 😊

I know right?!!! I’m seriously thrilled about it!! 😁😄🥰 You’re welcome! Thanks for commenting! 😊