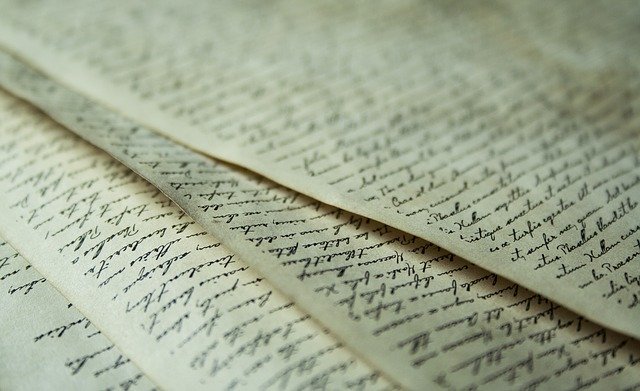 I nearly started crying during the sermon on Sunday. It was about encouraging each other in troubling times, and the main Scripture was 2 Timothy 1.

A little bit of background: Paul, who wrote this epistle, viewed Timothy as a “dearly beloved son” (2 Timothy 1:2). The letter is believed to be written soon after the fire that nearly destroyed Rome happened; and Paul is in jail, soon to be killed (by beheading, most likely).

He was in jail, y’all–in a cold, dark, maybe wet cell, and bound by chains! He would soon die, and I’m pretty sure he knew that! Things were rough! Christians were being hunted down and persecuted by Emperor Nero and his minions! Timothy is miles away, pastor at a church that’s probably being persecuted, and I’m assuming he doesn’t even get to say good-bye to Paul or see him before his death! (In 2 Timothy 4:9-13 and 21, Paul tells Timothy to come see him and bring some things for him. So perhaps they were able to see each other one last time. But still. . . 😢)

He doesn’t whine about everything that’s going on. He doesn’t sob about how they might not see each other again on this earth and how he’s not going to be around to help Timothy, as a father should. He doesn’t say “It’s not fair!”

He writes to encourage Timothy. To bless him. To remind Who’s really in control, and Whom it’s all for. To tell him to keep pressing on.

My pastor gave us the background then started reading, and right in the first verse was when I started tearing up.

Paul, an apostle of Jesus Christ by the will of God, according to the promise of life which is in Christ Jesus,

“The promise of life.” That’s what hit me and made my eyes fill. Paul had to know that he was gonna die; I mean, he’s in jail, Nero’s on the warpath against Christians, he’s a famous Christian evangelist. . . And yet he mentions the promise of life that is in Jesus.

Do I have that kind of faith? Will I be able to look death in the face and say, “There is life”?

Yeah, I believe that there is life after death, that death is just a comma in the story of my life. I believe that Jesus gives life–IS life. But will I proclaim that to others? Will I, with my dying breaths, tell them “It’s okay, I’m going Home, I’ll live forever, etc.”?

And Paul is writing this to his son. Not biological, no, but spiritual and, oh, I don’t know the word for it–they were really close, okay? They considered themselves father and son; they loved each other. And Paul knew these could be his last words to Timothy. (Tell me I’m not the only one sniffling here!)

Why don’t we do that? I mean, why don’t we encourage others more, bless others more, tell others we appreciate and love them more? Why is it so easy to point out faults or things they need to work on, but not mention the ways we’ve seen them grow and change for the better?

What if we would keep in mind that “this could be the last thing I say to them”? Do you think we would start saying “I love you” more often, more sincerely? Do you think we would be more encouraging, more uplifting, more compassionate, more thoughtful? I think so, and I think I really need to start keeping that in mind and work on my words.

Words are powerful, y’all. And I bet Timothy cherished that letter; I bet he was careful with it and saved it and maybe even memorized it. I know that, years later, it’s a part of the Bible and people are still being encouraged by it.

Some of Paul’s last words made a girl cry–in a good way–years later. What will your words do?

← Prev: Our Fathers Fought for Liberty Next: Can't or Can? →