On Words and Living in Peace 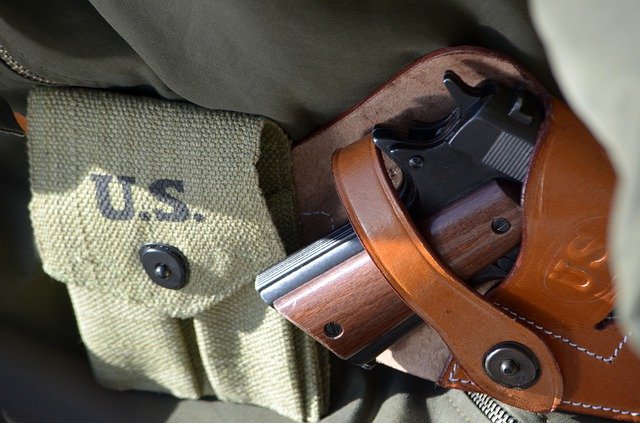 I’ve posted about unity several times before, but I recently discovered the poetry below and decided to talk about it again. 🙂

Put your sharp and ugly words away.
We don’t need them now.
Holster your judgement before shots are fired.
Give your fiery words a cold shower.
…
We don’t need to to agree on everything to live in peace together.

Okay, let me just say I love the imagery in his words! And describing our words like that–sharp, ugly, fiery, needing to be holstered before “shots are fired”–makes me think about how powerful words really are.

Like I’ve said before, I don’t keep up a lot with the news. But I know enough–perhaps too much. And like Mr. Cuzzo pointed out, we don’t need “sharp and ugly words” right now. We don’t need judgement. We don’t need hate. We don’t need battles fought over inconsequential matters.

There’s been plenty of that, all throughout history.

But we also don’t need to perfectly, always agree on everything in order to live in peace with each other.

As Brenna and I were talking about in the comments on “No Divisions,” we do have to stand firm on Biblical beliefs; we can’t tie together with lies, partial obedience, deception, etc. But we can still love. Still care about people who believe differently than we do. Still try to live in peace, not always arguing and saying “this is the right way; you must accept it!”

But turning our attention to a different view. . . What about those things that aren’t declared wrong or right in the Bible?

You won’t find verses in the Bible about phones, or wearing masks during a virus, or what color the church carpet should be, or if wearing jeans to a church service is acceptable or not. You can’t say, “There, right there, is where God said you can’t do such-and-such!” or “Right here is where we’re told to do this!”

But we shouldn’t. Fight. About. It.

We don’t have to agree to live in peace.

Let me give you a bit of an example. I don’t really like peanuts/peanut-butter, so I don’t like Reeses. My cousin loves Reeses and thinks I’m crazy (while I think she’s crazy). However. That does not divide us. We don’t get into fights about it. We don’t try to force each other to conform to our own viewpoint.

Small and silly example, I know–but what if it was that way with other things? What if we, like my cousin and I, had our different opinions about different things but didn’t let it divide us? Maybe teased each other about it or encouraged each other to have open minds about it, but didn’t fight or really care how it all turned out? Excited if the other party changed their mind but totally cool with it if they didn’t? What if we viewed (some) things as non-important, small, silly, not-a-big-deal?

Honestly, I think a lot of things are like that. Like, does it really matter in the end whether or not I think it’s necessary to wear a mask every time I go out in public? Do you think when we get to heaven God’s going to ask us if we wore a mask when required and what we thought of it, then determine whether or not we can enter in based on that? Of course not!

So why do we let it divide us? Why is so important? How come people are arguing over it? (And these questions apply to topics other than just the mask.)

Romans 12:18 tells us to, as much as possible, “live peaceably with all men.” Is it possible to live in peace with someone who thinks my favorite pop is disgusting? Absolutely! I’ll disagree and sometimes try to persuade them otherwise, but I ain’t gonna be mad or refuse to be friends anymore; I’m not going to look down on them or let it divide us!

Another thought: a lot of the time, arguments start because of how opinions are expressed, how things are said–through the wording and the tone. Brenna had mentioned, in our conversation, telling the truth in meekness and love. We shouldn’t shove our beliefs–even Bible-based ones–down other people’s throats. You state your opinion in an aggressive manner, and that’s the way you’ll (most likely) be responded to.

As you go throughout this day and the rest of your life, remember: “We don’t need to agree on everything to live in peace together.”

P.S. Feel free to tell me your thoughts (either in a comment or by emailing me), and to check out more of Scott Cuzzo’s works! 😊

← Prev: Favorites Next: Rhythm of Life →