Journeying Through Job: Chapters 12 and 13 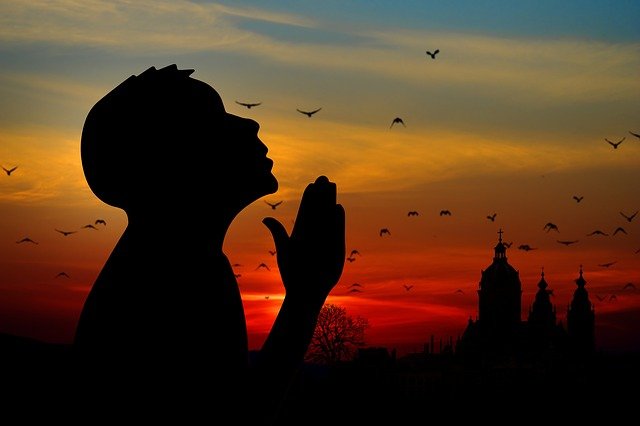 Job responds to Zophar with some sarcasm. In verse 2, he says, “No doubt but ye are the people, and wisdom shall die with you.” That sounds like sarcasm to me, especially since he goes on to say that he has understanding too and is not inferior to Zophar. He also adds, “Who doesn’t know things such as these [referring to the things Zophar said]?”

Job tells Zophar, “Go to the animals and plants, and they’ll teach you. They–anyone–can tell you what the Lord’s done. They know that the hand of the Lord has wrought this.”

In his hand is the life of every living thing and the breath of all mankind.

The life of every living thing and the breath of all people is in God’s hand. Look at it one way, and it’s encouraging: God holds our life, knows our every breath; He’s in control and He loves us. Look at it another way, and it’s sobering: God has the power to snuff out our lives at any moment.
A song I heard says: “It’s Your breath in our lungs.” It goes on to say “so we’ll pour out our praise,” but I want to look at it a different way. It’s God’s breath in our lungs, like, He’s giving us the ability to live. So, if it’s His breath, can’t He take it away? Uh-huh. He can also extend our life and give us more breath, right? Yup.
As I said, encouraging and sobering.

Job again lists some of the things God does, one of which is turning darkness into light. I’ve seen this idea over and over in the Bible. In the beginning, everything was dark and then God said “Let there be light” and there was. Isaiah prophesied that light would come to those who sat in darkness, fulfilled when Jesus (the Light of the world) came. Blind people were made to see. Demon-possessed people were delivered from the demons. Lazarus was called out of the tomb.
Dark, then light. Sadness, then joy. Pain, then healing. Despair, then hope. Dead, then alive.
I think God loves contrast, don’t you? 🙂

And then comes this amazing, powerful, challenging verse:

Though he slay me, yet will I trust in him…

We’re “quarantined” right now because of the corona virus, and church has been cancelled. So last Sunday (yesterday), my family watched a message by Louie Giglio that was part of a series entitled “Even Though.” He included this verse as an example of “Even though (this happens), I will (do this).”
Job made the choice to trust God, even though He was “slaying” him, testing him, allowing him to go through all this. Louie called that defiant faith, faith that inflates–grows larger and stronger–instead of deflating in times of trouble.
We need that defiant faith, y’all. I need it. I’m not scared by the corona virus (just frustrated), but what about other trials? Other fears, other disappointments, other events that turn the world upside down? Will I be able to face them with a faith that simply grows? That will stand its ground and say “Even though…I will…”?

Anyway, that’s all for today!

← Prev: Journeying Through Job: Chapter 11 Next: What God Hath Promised →