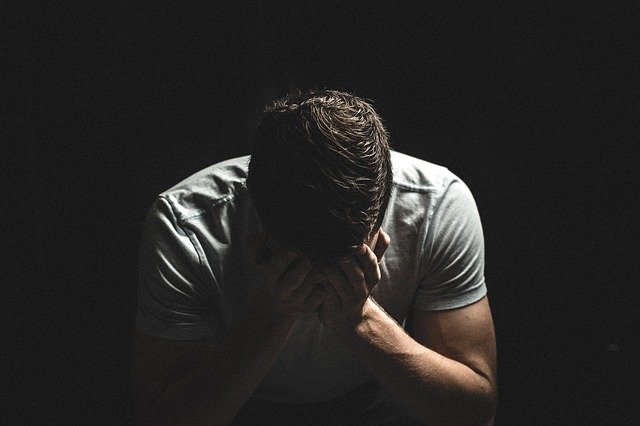 After the seven days and seven nights of just sitting there, Job breaks the silence.

And what does he break it with? A declaration of God’s goodness? Praises? Thanks to his friends for coming and being there? Nope. Cursing.

He curses the day he was born, saying that it was a terrible day that should be forgotten. Why? Because he was born into a world of sorrow.

He laments, “I could be in the grave, resting and at peace. In the world of the dead, the wicked no longer cause trouble, the weary are at rest, and the prisoners and servants are free. Why is life given to those who want to die, who long for death, and who rejoice when at last they come to the grave?”

Whoa. This dude is really depressed. I agree. He really needs to snap out of it. Um, no. No?

You don’t just “snap out of” depression. It is a very real, very difficult thing. It’s not just a “mind problem,” some figment of the imagination that can be told to go away; it’s a real problem.

And Job was being real and honest (like David was). This is what he was feeling, what he was experiencing. I think we Christians so often cover up our feelings, repeating “God is so good” and “All things work together for good” and stuff like that, afraid to admit that we are really struggling, really hurting, really doubting.

Don’t get me wrong, we need to tell ourselves and others that God is good and everything will work out and this is a part of His plan and all that. We need to remind ourselves of His promises, of His character, of all the things He’s done.

You’re human, okay? Your belief in Jesus as your Savior doesn’t mean you won’t go through the same feelings as non-believers do. You have the same emotions.

Thank you for your encouragement, Win. I pray that I will “hang onto God with a bulldog grip,” as someone once told me. 🙂