His Name Will Be John 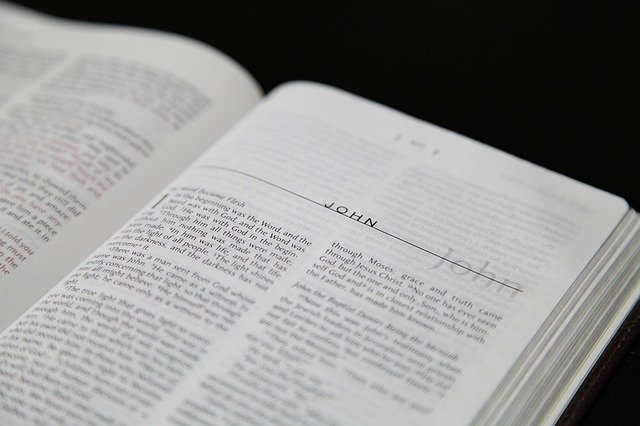 The angel Gabriel appeared to Zacharias with an important message. He said:

…Fear not, Zacharias: for thy prayer is heard; and thy wife Elizabeth shall bear thee a son, and thou shalt call his name John.

In verses 57-61, we see that Elizabeth gave birth to a son, and relatives and friends came to rejoice with her. They called the baby “Zacharias,” which Elizabeth wasn’t going to stand for!

And his mother answered and said, Not so; but he shall be called John. And they said unto her, There is none of thy kindred that is called by this name.

I think we all could learn from Elizabeth’s example. I think we sometimes get so rooted in tradition that we don’t always obey the word of the Lord.

Understand, there’s nothing wrong with traditions; perhaps America would be better off if her people followed more traditions. But when we care about doing what we’ve always done more than we care about obeying God, it becomes a problem.

For example, most families get together for Christmas, right? We eat and open presents and visit. And that’s good–we should spend time together and have fun.

But what if God would ask you to do something different for Christmas? Would you agree to that, be willing to do whatever He’s asking of you? Would you be okay with not eating the traditional meal, not getting presents, not being around your family? Okay with having strangers or mere acquaintances there to share your meal? Okay with going and ministering to others instead of staying at home or going to Grandma’s (or whoever’s) house?

And beyond Christmas…Whenever, wherever, however God asks you to do something different than what you’re used to, what’s traditional, what’s considered normal and acceptable–will you do that? Be okay with it? Even if others–even your closest family and friends–question you and think you’re crazy, will you remain firm about doing what God’s told you to do?

Elizabeth was determined that her son would be named John, no matter what others said, because that’s what God said to do.

Are we determined to do whatever God says to do, no matter what others say, no matter how strange or “not normal” it is?

← Prev: Small But Mighty Next: Love Poured Out →