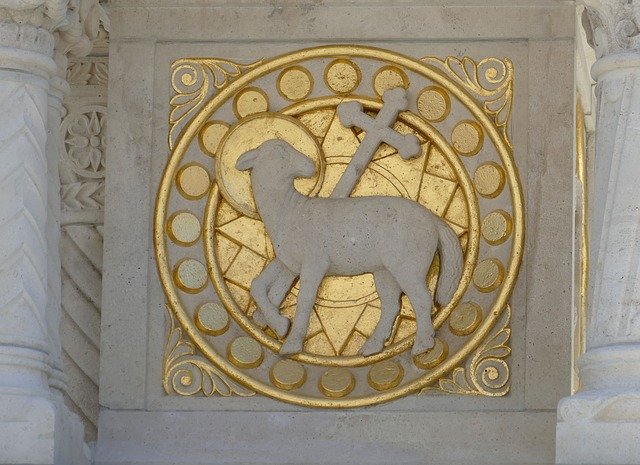 Abraham had been told by God to sacrifice Isaac, his precious son. And so he was going to. He gathered the wood, the fire, the knife, and his son. They went to the mountain where they would build an altar to offer the sacrifice on. Then Isaac asked his father where the sacrifice was–they had everything but the lamb! Abraham simply replied:

…God will provide himself a lamb…

Later in the story, we see that God did provide a lamb and Isaac was not sacrificed.

But did you notice the wording in that verse? “God will provide himself a lamb.”

The next day John seeth Jesus coming unto him, and saith, Behold the Lamb of God, which taketh away the sins of the world.

…and they crucified him… And Jesus cried with a loud voice, and gave up the ghost.

Jesus became our perfect sacrifice, making a way for us to be saved. He died so we could have life–life everlasting, life abundantly.

God provided Himself as a lamb.

The Stone and the Storm

Maybe these storms, these trials, these sorrows, are to keep me from life apart from God.

“Surely goodness and mercy shall follow me all the days of my life” comes nearly at the end, after a whole lot of stillness.

“…my soul was forced to be still. And as I got still, the Lord’s pursuit of me became increasingly clear.”