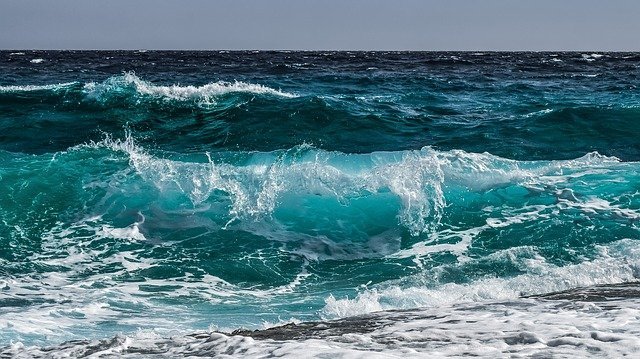 The city of Nineveh was the capital of Assyria, one of the most powerful empires of its day and notorious for its unmatched cruelty, violence, and oppression (See Nahum 3:1-4). … To go into a city known for wickedness and violence and pronounce God’s impending judgment upon them for their evil deeds could put Jonah in harm’s way. … Assyria was an enemy of Israel, and other prophets had warned that it would be at the hands of the Assyrians that the Israelites would be exiled (Hosea 11:5, Amos 5:2), a prediction that would become a reality not many years later in 722 BC. …

Joanna Kimbrel, “Running from God,” Mercy in the Storm: a study on the book of Jonah

And Jonah knew who they were. He knew what they did. He knew he could get hurt, even killed.

And he knew that one day they would take over his nation. Hosea and Amos, who prophesied that, were his contemporaries! Assyria would win, would capture the land and exile the people, would loot and destroy and hurt and kill.

And God was calling him to go to them? To declare God’s judgment to them?

If Jonah was supposed to declare God’s judgment on the Ninevites while staying in Israel, I think he would have.

“God is judging our enemies! Maybe they won’t capture and destroy us! Maybe we’ll be delivered while they get what’s coming to them!”

But to declare God’s judgment to their faces and risk his life? Or risk having them repent?

“Why wouldn’t Jonah want the Ninevites to repent?” you ask. “Doesn’t that mean they’ll stop being so bad?”

… To warn the Ninevites of God’s judgment could mean the preservation of a terrorist nation that would eventually demolish the Northern Kingdom, and yet, God tells Jonah to go on an unprecedented mission: to bring His word to a Gentile nation.

Joanna Kimbrel, “Running from God,” Mercy in the Storm: a study on the book of Jonah

I sense a lot of fear and a lot of hate in Jonah.

Hate and fear are powerful.

Because of his hate and fear, Jonah disobeyed God. He ran. He tried to get out of warning the Ninevites. He didn’t care if they were destroyed–he even wanted it, waited and watched for it! He got angry, even angry at God Almighty Himself.

And our hate and fear can make us do the same, as well as other things.

I know. I’ve dealt with both, at least to some degree. And I can guarantee you have too, one or the other or both, to some extent.

Oh, we can try to put other labels on them.
Instead of hate, perhaps it’s anger, dislike, disagreement, “we just don’t connect,” “we’re too different to be friends,” judgment, criticism, pointing out their faults (for the sake of helping them, of course {goodness, that was sarastic}), irritation, being offended, etc.
Instead of fear, perhaps it’s worry, anxiety, caution, “just being safe”, “just in case,” nervousness, unsettledness, restlessness, dread, suspicion, “just being prepared,” etc.
But hate is still hate, and fear is still fear, however you say it.

And they can cause us to do so many things. They can cause so many problems. They get a hold of us and don’t want to let go. They can be really hard to get rid of.

Let me say it again: HATE AND FEAR ARE POWERFUL.

BUT JESUS IS MORE POWERFUL.

And His power can reside in us, flow through us, give us the victory.

Jesus can take away our hate and fill us with love.

Jesus can take away our fear and fill us with peace.

Will we let hate and fear consume us so much that we become an example of what-not-to-do-and-be-like?

Or will we let go of our hate and fear and cling to Jesus and let Him work through/in us?

…choose you this day whom ye will serve…