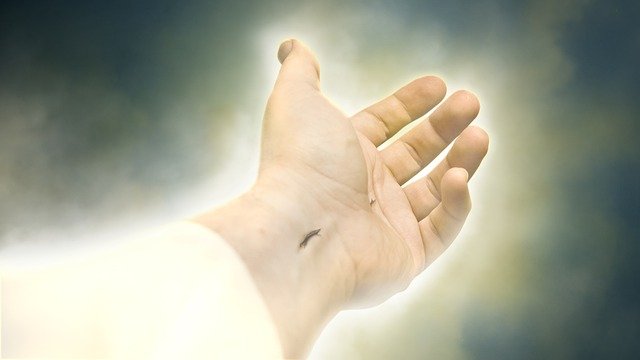 In Isaiah 49, God is speaking to the people of Israel. They’re saying (in verse 14), “God’s forgotten us; He’s left us all alone.” God replies:

Can a woman forget her sucking child, that she should not have compassion on the son of her womb? yea, they may forget, yet will I not forget thee. Behold, I have graven thee upon the palms of my hands…

The word graven comes from the Hebrew word chaqaq (khaw-kak’). The word properly means “to hack,” but also has the idea of writing, inscribing, etc.

Matthew Henry, in commenting on the phrase I have graven thee upon the palms of my hands, said:

This…allude[s]…to the custom of those who tie a string upon their hands or fingers to put them in mind of things which they are afraid they shall forget, or to the wearing of signet or locket-rings in remembrance of some dear friend. His setting them thus as a seal upon his arm denotes his setting them as a seal upon his heart, and his being ever mindful of them and their interests… Some apply his engraving his church on the palms of his hands to the wounds in Christ’s hands when he was crucified; he will look on the marks of them, and remember those for whom he suffered and died.

I read somewhere that graven gives the idea of being carved or something, like Jesus had holes “graven” into His hands when He was nailed to the cross. It said that sometimes servants would have the name of their master graven/etched/carved into their hands. But for the master to have the servant’s name on his hand? Unheard of.

That’s how much God loves us! He’s the Master, we’re the servants, but He wrote our names in His hands! He won’t ever, ever forget us!

…[God’s people] will write [God’s] name on the backs of their hands.

The King James Version uses the word subscribe, which in Hebrew is kathab (kaw-thab’), meaning “to grave” (and we know what graven means).

So is this saying we should go get a knife or something and carve His name into our hands? Or at least get it tattooed on our hands?

I don’t think so. Leviticus 19:28 says, “Ye shall not make any cuttings in your flesh…nor print any marks upon you…”

“So what does it mean?” I’m not entirely sure, but I think it has the idea of having some mark or sign on us that shows we are Christians, belong to God, etc. For women, that could be modest clothing, head covering/veil, submission to men as leaders (and ultimately submission to God), etc. Also our daily lives, the way we act, the things we say… In other words, just being different from the world, obeying God–that’s like having His name on our hand, telling everybody who sees that we are His.

What do you all think about all this? And what do you think Isaiah 44:5 is saying? I’d love to hear your input and thoughts! 🙂