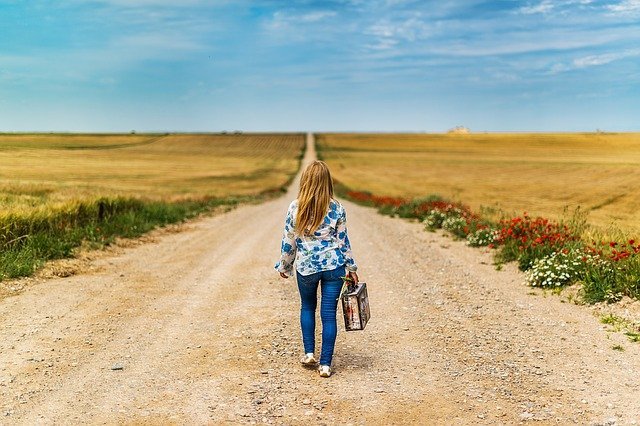 I asked people (on here, on Instagram, and face-to-face) which blog post series they would prefer to read first: Jonah or Psalm 23. Jonah won (8 to 3), so here we are! For most of the posts (perhaps all, honestly), I will be referring to the study book on Jonah that I mentioned in The Stone and the Storm. {I recommend reading it for yourself, by the way. 😊} This series will simply be published like my normal blog posts (one per week) but they may be interrupted by non-series posts. Let’s get started!

… As a prophet to the Northern Kingdom (see 2 Kings 14:23-[25]), Jonah was God’s instrument to call the Israelites to repent and return to the Lord. …

Joanna Kimbrel, “Background to Jonah,” Mercy in the Storm: a study on the book of Jonah

In the fifteenth year of Amaziah the son of Joash king of Judah Jeroboam the son of Joash king of Israel began to reign in Samaria, and reigned forty and one years. And he did that which was evil in the sight of the Lord: he departed not from all the sins of Jeroboam the son of Nebat, who made Israel to sin. He restored the coast of Israel from the entering of Hamath unto the sea of the plain, according to the word of the Lord God of Israel, which he spake by the hand of his servant Jonah, the son of Amittai, the prophet, which was of Gathhepher.

The twelve tribes of Israel had split after the reign of Solomon–ten tribes made up the Northern Kingdom/Israel, and the other two made up the Southern Kingdom/Judah. All of Israel’s kings–and the general population–were wicked. The wicked king here, Jeroboam II, reigned 786-746 B.C.

Jonah was the prophet–the servant of God, the messenger, the “holy man”–during this time.

Did you get that?

He was to proclaim God’s messages to them. He was to call them to repent and return. And we’re going to assume he did so faithfully and passionately. It says in the above passage that at least one of his prophecies came true; he did pass on God’s words and people knew he was a true prophet of God because these things happened.

As I read the above quote and verses, a thought hit me so hard that I wrote it down before I even finished reading the section.

Maybe Jonah thought that Israel was bad enough, that he was doing good work there, that he needed to bring “God’s chosen people” back–not those pagans. “There are so many sinners here that need to be saved! Why leave my home when I can witness here? Why reach out to people that have a different language, culture, etc. when I can reach out to people that are quite similar to me?”

There may have been more to Jonah’s reluctance to go to Nineveh, as we’ll explore later. But this–this hits close to home. This makes me understand and identify with Jonah a bit more.

I’m not saying it was okay for Jonah to disobey God, to run in the opposite direction of where God told him to go, to ignore the call. It wasn’t. It never will be. For anyone.

He was doing good work. He was declaring the word of the Lord to His people who’d fallen away. He was calling them to repentance.

And here God was asking him to leave? To go somewhere else–somewhere new? To stop what he was doing here and start over elsewhere?

I don’t know exactly. I can’t explain God. I can’t present all the nuances of why God is doing/saying this, can’t show you every detail of what He will work out through this–though you. I’ve asked why too; I’ve not understood why ___ is happening, why ___ is changing, why God seems to be saying something different now than He was earlier, etc.

But three things came to mind that I think are important to understand and helpful to remember.

1. God wanted Jonah to obey. God wants us to obey.

1 Samuel 15:22 says that obedience is better than sacrifice. All the good works and sacrifices (of time, money, personal desires, etc.) won’t please God if we’re not obeying Him.

A child is told by their parent to immediately hold absolutely still and not make a sound; the child obeys, not understanding why. What the child doesn’t know is that there’s a snake ready to bite them, and stillness and silence is the only way to escape. They won’t understand until later–or maybe never–that their parent was simply doing what was best.

Nothing that takes our focus off of God is okay. And because it’s not okay, God doesn’t want us to keep doing it, to keep being distracted.

When we focus on good, we’re focusing on what we humans can do, on works-based salvation, on appearances, etc. But when we focus on God–well, it’s all about Him, as it should be. It’s about what He has done and is doing and will do, about who He is, about His glory and honor, about reliance on Him, etc.

Jonah was called to leave. Leave his home, his ministry, his comfort zone, his familiar place, his people. . . He did leave, but he left in the wrong direction. He is now generally remembered as the man who disobeyed God and was swallowed by a whale.

Will you run, like Jonah? Will you disobey and face the consequences? Will you balk, resist? Will you wish you or the other person didn’t have this call?

Or will you surrender, say “Yes, Lord”? Will you hop in the car and buckle in before you even quite know where you’re going, knowing that it’ll be worth it (as my Sunday school teacher once put it)? Will you release what you’re leaving behind, release those who are leaving?