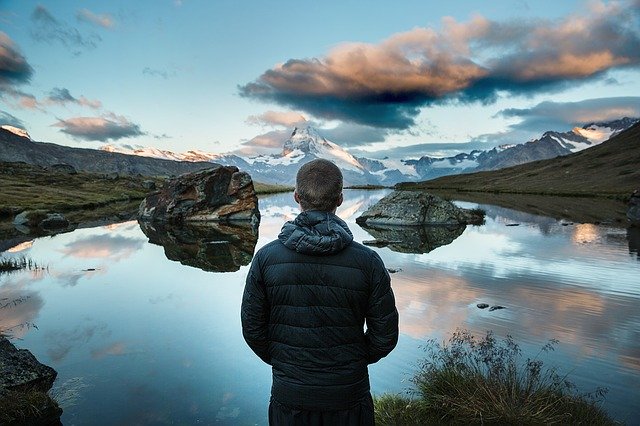 …you have cast all my sins behind your back.

…you turned your eyes away from my sins.

I get this mental picture every time I read/hear/think of this verse. God–powerful, holy, glorious, greater than we can imagine–standing in front of me–dirty, wretched, helpless sinner. I’ve asked for forgiveness and am waiting for His response, tears rolling down my face. He picks up my sin–that ugly, nasty stuff–and flings it over His shoulder. And then He just ignores it; doesn’t look to see where it ended up, doesn’t mention it again, nothing! He completely forgets it, and completely forgives me.

He throws our sin behind His back. He turns His eyes away, refusing to look at it. He doesn’t bring it up, doesn’t one day go, “Hey, you remember when you did such-and-such? I don’t know if I can do this for you because of that.”

Of course, we’re talking about sin we’ve asked forgiveness for, sin we’ve repented of. God does not just ignore our sin, and let us get away with anything and everything.

But when He forgives, He forgets.

Not saying God is forgetful. But I read this book called The Shack (I don’t agree with everything in it, but it’s still a pretty good book, and it made me think. Anyway…); in it, “God” tells Mack (the main character) that He chooses to forget.

There’s a couple songs I’ve heard that talk about God forgetting. One’s called “How Jesus Forgot” and it says that “I can’t help remembering how Jesus forgot [my sin].” Another one talks about the “Sea of Forgetfulness” where all our sins are thrown.

My sister and I (long ago) came up with this secret thingy-ma-jigger (I don’t know what to call it) for forgiveness. The person asking forgiveness would hit their chest and “throw” the apology to the other person. The other person would “catch” the apology and either “throw” it back (not forgiving, choosing to stay mad, etc.) or “toss” it over their shoulder (forgiving, letting it go, etc.).
We kind of do that with God, I guess. We “throw” our apologies to Him, saying we’re sorry, hoping He’ll forgive us. And then He has the choice to either fling our apology back in our faces or accept it and toss it over His shoulder, signifying it’s in the past and we’re forgiven. (Of course, He always forgives. 🙂 )

Anyway, this is kind of rambling 😐, but the thoughts kept coming! 🙂 (Which is good, cause I thought I wouldn’t really have anything to say today.) Have a good day and remember: God forgives and forgets; you don’t have to live in guilt!

← Prev: Spreading It Before God Next: Songs of Deliverance →