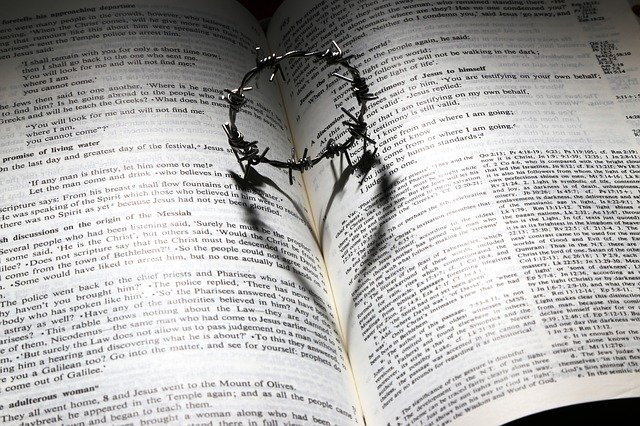 [People] through faith subdued kingdoms, wrought righteousness, obtained promises, stopped the mouths of lions, Quenched the violence of fire, escaped the edge of the sword, out of weakness were made strong, waxed valiant in fight, turned to flight the armies of the aliens. Women received their dead raised to life again…

It’s amazing what people–mere humans–have been able (through God) to do. I mean, look at this list!

All this because of their faith in God.

But the passage doesn’t stop there. No, it goes on to say:

…and others were tortured, not accepting deliverance; that they might obtain a better resurrection: And others had trial of cruel mockings and scourgings, yea, moreover of bonds and imprisonment: They were stoned, they were sawn asunder, were tempted, were slain with the sword: they wandered about in sheepskins and goatskins; being destitute, afflicted, tormented; (Of whom the world was not worthy:) they wandered in deserts, and in mountains, and in dens and caves of the earth.

All because of their faith in God.

The Christian life is not easy. Serving God and having faith and doing what’s right and following God wherever He leads–it’s not easy. People will make fun of us, look down on us, hate us, hurt us, and even kill us. Satan will tempt us to give up our belief in God and do wrong; he’ll try to discourage us and deceive us. In short, it’s hard!

But it’s also so rewarding. There are so many blessings and so many things we can do and have (because of God). One of the greatest things is that we can be forgiven and know we’re going to heaven. When you stop to think about it, the pros totally outweigh the cons!

Think about what could happen, what you could do, because of your faith.