A Lesson from Alexander the Great’s Army 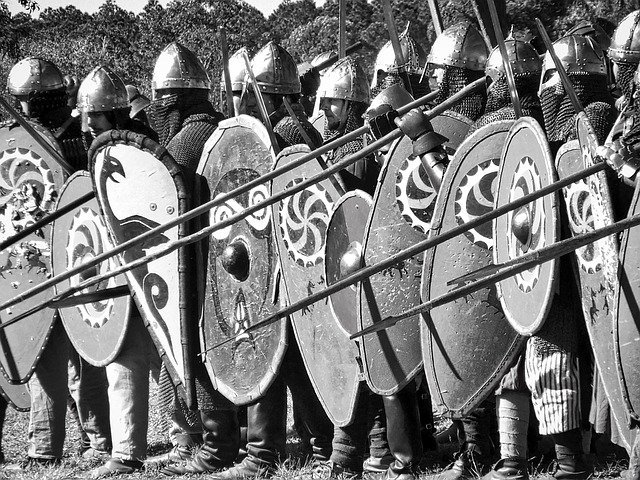 Alexander the Great marched to the wall of the ginormous castle, and yelled for the ruler.

The man finally showed up and Alexander hollered, “Surrender!”

The ruler looked at him and at the small army gathered behind him. Then he threw back his head and laughed. “Surrender? To you?”

“Yes,” was the confident reply.

The leader’s face turned purple. “No!” he roared. “I will never surrender to you! Now begone!”

Alexander turned. “Men,” he ordered, “get in a single file. Right here, just like this. Yep, uh-huh, good.”

They were facing a cliff, the bottom of which was quite a distance below and littered with jagged rocks.

As the people in the castle gaped, the soldiers obeyed: they simply marched to the cliff’s edge and dropped to their deaths below.

After ten men had fallen, Alexander ordered the rest to stop. He turned back to the castle. “I repeat, sir, surrender!”

The ruler gave in and Alexander the Great captured the castle without a fight.

Why? Because the ruler realized that, even though Alexander’s army was small, they were committed and obedient; he and his men didn’t stand a chance.

A preacher at a revival meeting shared this story (which I wrote in my own words, adding dialogue and stuff) and asked, “Are we that committed to God?”

Would we willingly march to our deaths, rather than disobey Him or deny Him? Would we follow Him anywhere and everywhere? Would we do everything He tells us to do, even if we know it’ll hurt and cost us? Are we powerful (by/in/through Him), even though we’re small, because of our devotion and obedience to Him?

← Prev: Dancing to Grace Next: But God →

wow, that is a cool story Jules! I love History, and I had never heard that, and i want to be committed to God to the death every day

I don’t know if it’s a true story or not, but yeah, it is cool! I’m glad you want to be committed; we all should want that. Jesus loved us so much He willingly gave up His life–literally stopped breathing, died, was buried–so we should do the same.
Thanks for commenting! 🙂